Intro to Robotics Level A and Level B

Learn electronics and coding at home. No experience needed! Save $29 by purchasing these two kits together vs. purchasing separately.

Levels A and B are the first and second levels in the Intro to Robotics program. Intro to Robotics is designed to start at the very beginning and systematically teach you to work with electrical components, use a Raspberry Pi, write code in Python, and combine all those skills to build a fully mobile programmable robot at home. Along the way you will learn to work with a wide variety of electronics, read schematics, troubleshoot, and craft every line of computer code yourself.

Looking to teach a class? Click here for more information on our classroom sets.

Want to purchase all four levels (and build a fully functional robot)? Click here to view the Levels A-D set.

about intro to robotics

Intro to Robotics Level A

Intro to Robotics Level B

Levels A and B of The Intro to Robotics program starts at the very beginning teaching you how to work with electrical components, build circuits, use a Raspberry Pi, and write code in Python. As the lessons go on you'll learn to use increasingly complex electrical components and advanced code commands.

Curious to see an Intro to Robotics lessons in action? We provide three full lessons as well as a complete scope and sequence for each level of our program:

“I am halfway through Level B and am very impressed with the excellent quality of electronics instruction! As a retired IT professional and former Computer Science instructor I feel qualified to also evaluate the programming instruction. It is...excellent as well! Both the electronics and programming instruction are easy to follow for students and adults alike and is well-structured in a "one step builds upon another" approach. Highly recommend!”

"These are really well crafted lesson plans. They teach in a practical, well thought out manner. My 15 year old son has been working on a lesson a day all summer, and has learned some serious skills. Thank you!"

"As an electronics engineer, I wanted my daughter to have experience with and be comfortable with circuits and eventually make a robot. Like the founders of the company, I tried many different kits on the market and they all lacked the fundamental foundation for understanding. We love the 42Electronics curriculum as it starts from the ground up. Sitting down with the day’s lesson is the highlight of our homeschool day! We can’t wait to get to the more complicated items in the higher levels!"

In addition to the curriculum and Levels A-B parts kits purchased with it, you will need:

The PDF files containing the curriculum can be downloaded following purchase. The component kits will be shipped to you within several business days.

We do not offer printed copies of the curriculum for several reasons:

There are 18 lessons in each level:

We recommend aiming to complete 1-2 lessons per week. A single level will take 9-18 weeks to complete depending on lesson frequency.

Please note, as the concepts taught in Levels B are more complex than Level A, parents of younger students should consider slowing down lesson frequency to perhaps once per week. This would allow the student to complete the lesson more than once if needed and to practice the new skills prior to moving on to the next lesson.

Middle school students should aim to complete Levels A and B in 1+ school year (we strongly encourage moving at your child's individual pace--there's plenty of time to complete all four levels!)

We are thrilled to help! Contact us via email or live chat and we will help you get back on the right track.

Also, please head on over to Facebook and join the 42 Electronics User Group. It's a great place for current or perspective users to ask questions, get project ideas, and connect with other families using the Intro to Robotics program.

Yes! The Raspberry Pi operating system tends to change fairly regularly. Sometimes the changes are minor, such as moving a menu item, and sometimes the changes are major, such as process changes. Minor updates are posted to the curriculum resource page as soon as they are known and documentation is available (a link to the resource page can be found in the footer of this website). Major changes are incorporated into updates to the curriculum. We tend to release curriculum updates every few months. These updates are available to download via the curriculum download link you receive after placing your order.

We teach Python for a couple of reasons:

Our kits include a Raspberry Pi 3B as it is by far the best model for electronics and robotics projects. We do get questions from users about the newly released Raspberry Pi 4 however it's important to understand that newer isn't always better. Which model will best suit your needs is largely dependent on what you will use the Pi for (robotics projects vs. a personal computer replacement for example) and also your personal skill level. The primary issue with a Pi4 is that it has very high power requirements. It needs to be plugged into a wall as a standard battery pack won't meet it's needs. It really isn't any fun to have a robot that has to be plugged in though. Click here to read more about the differences between the Pi 3B and the Pi 4 including why the Pi 3B is a superior choice for electronics and robotics projects, especially for beginner and intermediate users.

Yes! With proper care the parts in the kit are reusable for future electronics and robotics projects.  We also encourage other household members to work through the lessons as well. Please note, the copyright for the curriculum does not permit it to resold or given away under any circumstances. If multiple family members are working through the program simultaneously, it may be helpful to purchase multiple component kits so each student has their own set but this is not required. Click here to purchase an additional component kit. Looking to use this program in a group setting, schools and co-ops click here for institutional ordering and pricing information.

Many home schooling families choose to use this program as a science or STEM elective for their student. While assignment of credit is always subject to the home school laws in your specific state, generally speaking we see parents assigning 0.5 credit hour for completion of Levels A+B over the course of a school semester. Please note, parents looking for a full credit course should consider using the A+B+C+D set.

Thank you for submitting a review!

Your input is very much appreciated. Share it with your friends so they can enjoy it too!

United States
I recommend this product
Intro to Robotics

This is an amazing program and although it is reading, it isn't daunting at all. There is short reading and yet it gives thorough information. Plus after every lesson they show you how what you read applies to what you will build.

This year for science I decided to drop what we normally do, and stick to robotics and coding for my 9 yo boy. We both LOVE it. Since he’s younger and I have other (older) kids to homeschool who are also doing their own science curricula, I work with him doing one lesson a week. It’s a good pace for us, we’re not in a rush, and I’m learning right along with him. We’re only several lessons into Level A but it’s been awesome so far. The math we obviously can’t do, but that can always be revisited later. I was hesitant about the cost at first, but it’s been worth every penny. Everything is neatly packaged and it’s not this monstrous box (at least, levels A and B aren’t) that takes up extra space in my house. Couldn’t be happier! And he is excited at the prospect of completing all 4 levels—which we’ll do over 2 years.

United States
I recommend this product
Great. New Editions Will Be Even Better

This is a great idea. My son is learning so much and so quickly. So am I. We are on lesson 8. There are a few typos and small inconsistencies that is indicative of a product from a small start-up business. I’m proud to support this clever idea and its accessibility for enrichment.

I am halfway through Level B and am very impressed with the excellent quality of electronics instruction! As a retired IT professional and former Computer Science instructor I feel qualified to also evaluate the programming instruction. It is...excellent as well! Both the electronics and programming instruction are easy to follow for students and adults alike and is well-structured in a "one step builds upon another" approach. Highly recommend!

United States
I recommend this product
Robotics level A and B

These are really well crafted lesson plans. They teach in a practical, well thought out manner. My 15 year old son has been working on a lesson a day all summer, and has learned some serious skills. Thank you!

I love this kit, and think it provides an awesome introduction to electrical engineering and python. I highly recommend it!

So far so good. My 14 yr old is on level B and is moving right along. He enjoys it and has asked for level C & D. We’ve been looking for a type of program like this and we are so happy to have found it! Thank you!!

so far so good. my daughter is famously intolerant of kits or even textbooks. she doesn't like to be told what to do but this has held her interest and she sees the applications to real world problems. she is 12. I am learning a lot too. cheers

We're highly pleased with the kit and included instructions (we're still in part A). Our 13 yo loves doing this and the instructions on basic electronics and Python programming are very well written and easy for him to comprehend. We've learned more about electronics from this kit than from all of the other electronics kits that we have purchased over the past several years. The manual that comes with the kit is the magic - it explains basic theory in "normal" English and walks you through relevant exercises. I don't have any background in either Python or electronics and am enjoying learning this along with our child. 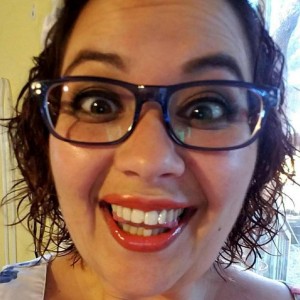 United States
I recommend this product
Perfect curriculum for our 9th grader.

Our son has always been interested in programming, coding, and robotics. He will tell anyone who will listen that he is going to build robots some day. I am pleased to have found a curriculum that he enjoys and is teaching him the skills he needs to actually be able to build those robots!

Check Out These Reviews From Our Intro To Robotics Users